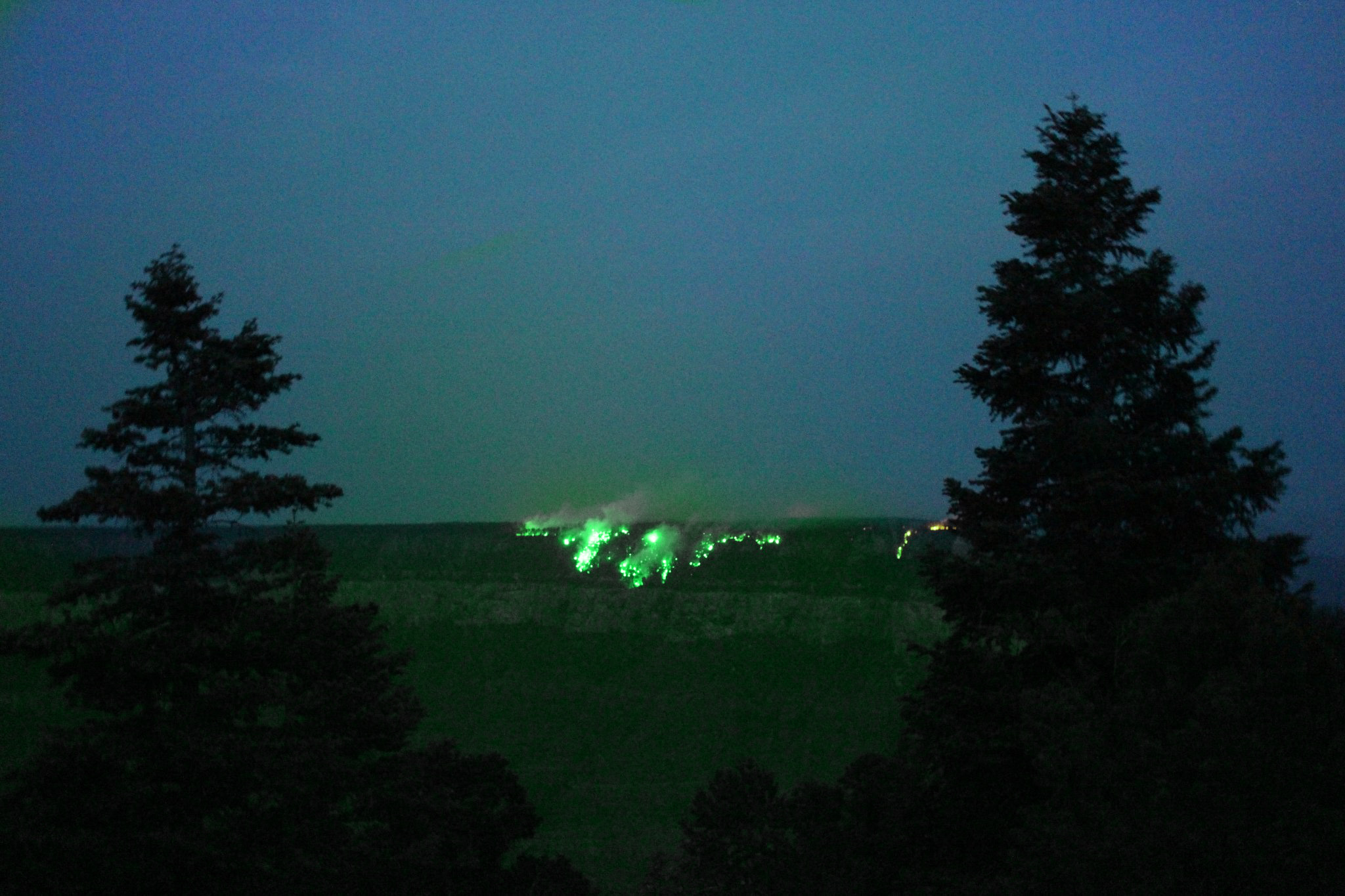 Part of a series of fiction concerning a Falls Society D&D game.

Drexxa was born at dawn. She was a healthy baby and her parents were happy. They didn’t concern themselves much with the fire in the woods.

They couldn’t see the flames were bright green.

Years before she was born, two fighters were introduced and fell in love. They traveled the seas performing in fighting pits and amassing a fortune. Crowds loved them and cheered their names, “Oaxx”, and “Greta”. The novelty that they were an orc and human fighting together made them even more popular. Eventually, they became tired of of traveling and decided to make a home. They built up a keep and started a family.

Drexxa was their only child and her mother and father had plans for her, very big plans. They started training her to fight, in hopes she could be as famous as they used to be. As years went on it was clear she had talent. Anyone could see that. But she lacked her parents’ conviction and focus.

She started wandering, and stealing. First, it was petty things; food and trinkets. Her parents were able to make things right with their coin. They would return what stolen goods they were able. When she was home they still doted on and indulged her. They figured she would focus on her training eventually.

But Drexxa started disappearing for many days and nights, and when she did come home she would ride in on an expensive stolen horse. Her parents worried for her safety. They fortified their keep to hold her inside. She always found a way out.

While Drexxa was away, she followed her fancy. She played in the forest, hunted and swam. She slept outside. She stole as many horses as she could and rode them freely in the wild. Her favorite horse, a grey courser, she named Rocksteady.

Her parents had given up trying to curb her; she would soon be of age. They paid off the livery stable from which Drexxa had stolen her horse. They figured that she was simply following her nature. After all, hadn’t they traveled as fighters? Wasn’t that dangerous and free?

The town priest had a different opinion. She saw a warrior that was about to go unfulfilled in her destiny. She convinced Oaxx and Greta to try one last remedy. She knew an ancient tactic that followers of Kord performed to incite submission. Unbeknownst to Drexxa, she was fed her horse at the next dinner. After the meal, the hideous reality was revealed. Drexxa raged.

She awoke covered in blood.

And then she fled.

Drexxa is short and small for an orc. She has light mossy green skin and bright, neon green eyes. Her hair is black and she wears it combed up in a crest, with two long braids that frame her face.

She has the underbite common to her Orc heritage, with large pointed lower canine teeth that protrude from her mouth. She has freckles from her Human side.

Her pointed ears are pierced and she wears multiple hoops in them. She also has three piercings on each shin adorned with bone jewelry. She wears scale armor (epaulets, gauntlets) over a simple black leather sleeveless top and pants.