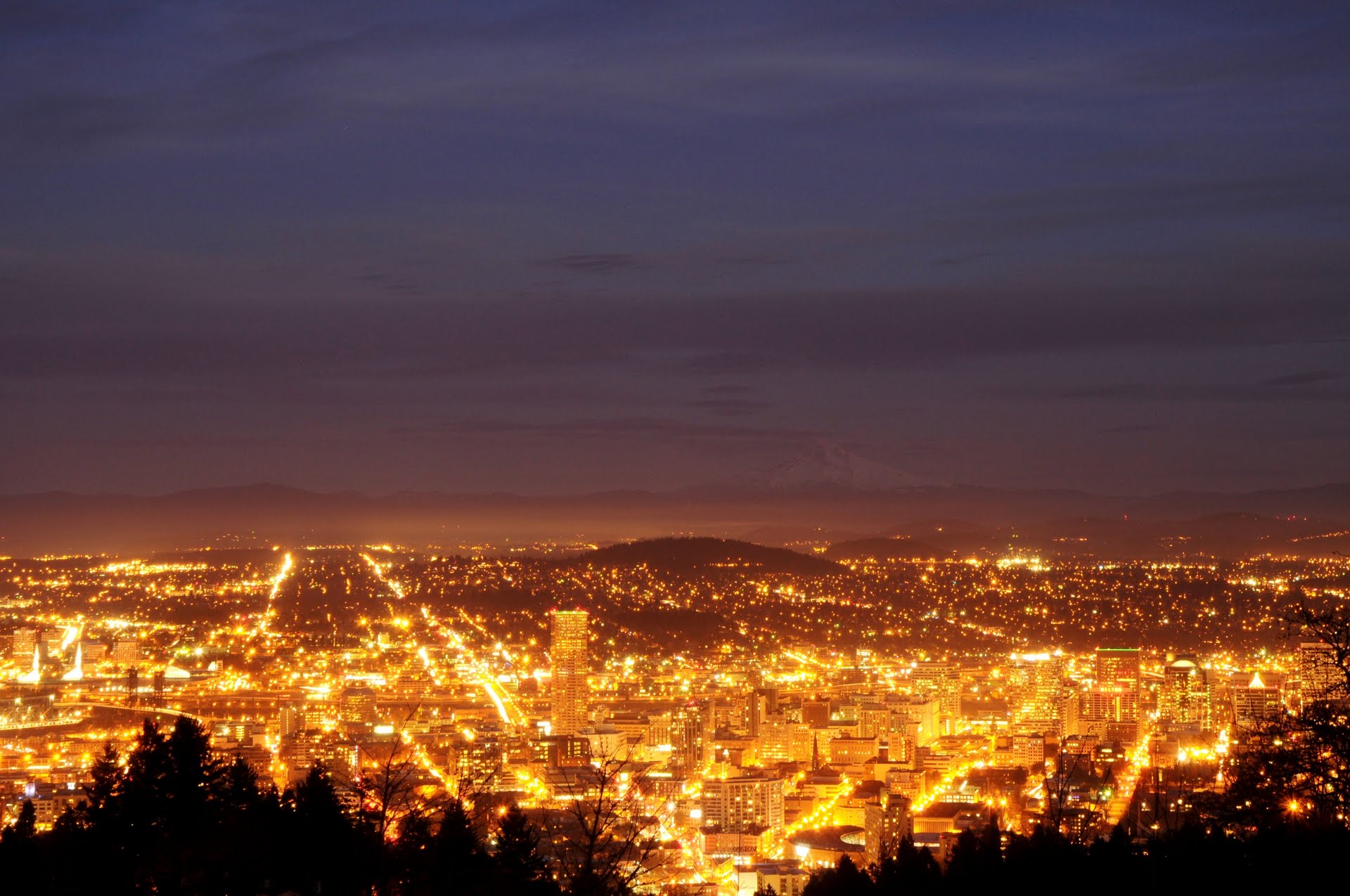 When Nights Are Dulled

by theimmortalgoon on February 7, 2017 in Dissoluteness, The Willing Destruction of Self Belief • 2 Comments

I don’t know if it was the victory of Trump’s beloved cheating Patriots (part of a football season I wasn’t especially hyped about anyway) or if it was just a final teabag on my prone and murdered corpse, but I have been feeling wretched and bad. There is a feeling that my time has past, that there is little else to live for or achieve, that it’s time for me to just crawl under into an exposed parking garage and wait to die, forgetting the faint hope that the sun will rise and warm me again, and embracing death when it comes.

So I do the next best thing and follow Mark Twain’s immortal advice.

Feeling that I needed to be dead, or at least have company, I went off to Prost! 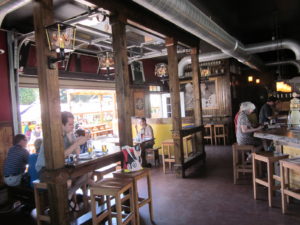 Most people I know have been to Prost!, and most people I know like it.  Why don’t I go here more often?  Solid German beer (though I’m more of an ale guy) and a fun atmosphere and good people.  I was pretty much here to pre-game waiting for D to come in and join me.  D wasn’t sure about the place, so we quickly moved on.  But D is generally looking for one thing, and it emboldens me to look for women too.  It’s not something I’m particularly proud of or anything, but it’s something that we do well together when things are clicking right.

So we moved a few doors down. 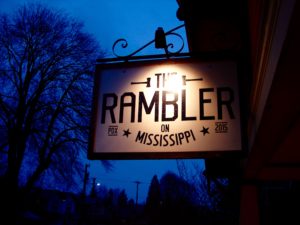 This, to my memory, hasn’t changed since it was the the Bungalo.  In fact, before I noticed the pictures had changed, I had not realized that the bars had as well.  This was a better ground for D, and myself, as I immediately looked at the beer and whiskey menu and D looked for girls.  And girls we found.

The deck of the Rambler is typical for a bar like this, but for some reason I like it better.  I’ve never had the food, but I did have a lot to drink, and the staff has always been solid.

D and I saw three girls out by the fire pit.  And we immediately started.  We both made conversation.  We were funny.  We were charming.  We were multiracial.  We were knowledgable.  We had it all, but we couldn’t quite get the feeling right.  So we did what we thought might be a smart thing, but ended up being a very dumb thing.

We called The Rogue.

The Rogue had made a half-hearted commitment to hanging out with us anyway, but that rarely means much for the Rogue.  But we put a bit of pressure on him, and he eventually came in.  He looked something like this: 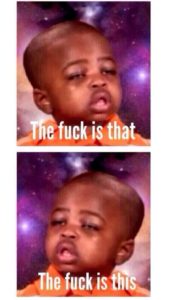 And this is where the wheels came off.  D and I were suddenly not interested in booze or girls, but our friend drooling all over himself staring blankly.  We asked what he had.  The Rogue mentioned cookies he made and said that he had half of one.  He welcomed us to have some cookies.  We accepted. 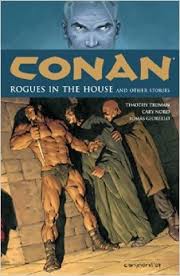 This is where we compounded our mistake.  The Rogue is as experienced a pot smoker as I’ll ever find.  He had a half a cookie and was putty.  It’s true that I’m mighty in form and stature, and he is not, and this truth made me more confident than I should have been.  He asked if I wanted a whole cookie or half a cookie.  My first reaction is the same as any other little boy, and I wanted the whole damned cookie.  I thought for a while of how happy I was that I was about to get nice and baked and with two of my close friends.

Then another friend called.  He was roasting a goat and wanted to see if we would join him at a party.  Fuck yes. 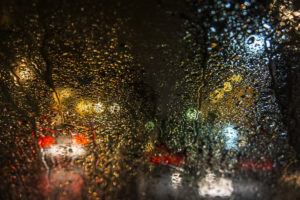 We hopped in my car and got ready to cross town.  It was raining.  Spirits were high.  And then we were high.  I was driving, figuring that I wasn’t drunk and that I could beat the high, but I couldn’t.  It started raining, which slowed me down.  Then the pot got to me.  We were creeping along very slowly, cars passing us as I gripped the wheel as tight as I could and gritted my teeth.  D looked over at me.  Even in the dim light of the car, I could see his red eyes staring at me for several beats too long as he tried to formulate his next words… 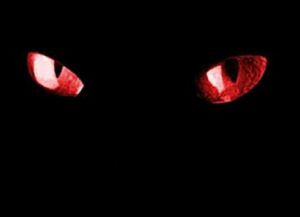 But he couldn’t.  And I couldn’t.  It was something I shouldn’t have been doing, but here I was…Driving.  Suddenly I knew what to do, and I exclaimed, “I can’t drive.  I’m too stoned.”

“I can drive,” The Rogue said.  I pulled very slowly over into a parking lot, then got concerned it wasn’t a parking lot, went back into the street, and then into another parking lot.  We sat in the rain for a while.

“Why did we stop?” Rogue asked.

“Because you were going to drive!” D said.

I stared blankly ahead and got out of the car.  I kind of understood that the spots between the rain were greater than the actual rain touching me.  I briefly wondered how I could get wet if this were true.  Rogue got out and then sat in the front seat.  We very slowly proceeded forward. 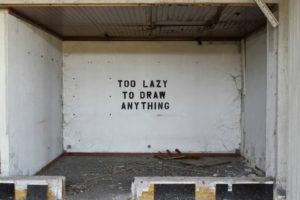 Somehow Rogue disappeared.  We’re not sure how or where he went.  Not even now when we discuss it.  D and I tried to make our way around the party not looking as stoned as we were.  At some point I found myself outside.  I remember dogs.  I remember Kay saying that he was going to chop some wood, and the ax getting stuck.  He asked me to hold the ax while he slammed it with a sledgehammer next to my head.  I sort of woke up from that and realized what a bad idea it was and ripped the wood apart with my own hands.

Then I went inside, grabbed a bottle of whiskey, and decided that if I could get enough of the feeling I knew inside of me, the stoned would leave.

D told me later that he looked to the sink, was about to puke in it, and Kay told him not to do so, so he stopped.

As the warm healthy effect of whiskey reinvigorated me, I could see the agitators, liars, fanatics, and perverts in the the decaying house around me.  My head began to clear through amber-infused eyes as I prepared to go.

The effect of whiskey is natural and predictable.  As it receded, so did the weed, and I eventually got home safe and sound.  It was not the most epic night of my life, but a night nonetheless.

2 comments for “When Nights Are Dulled”