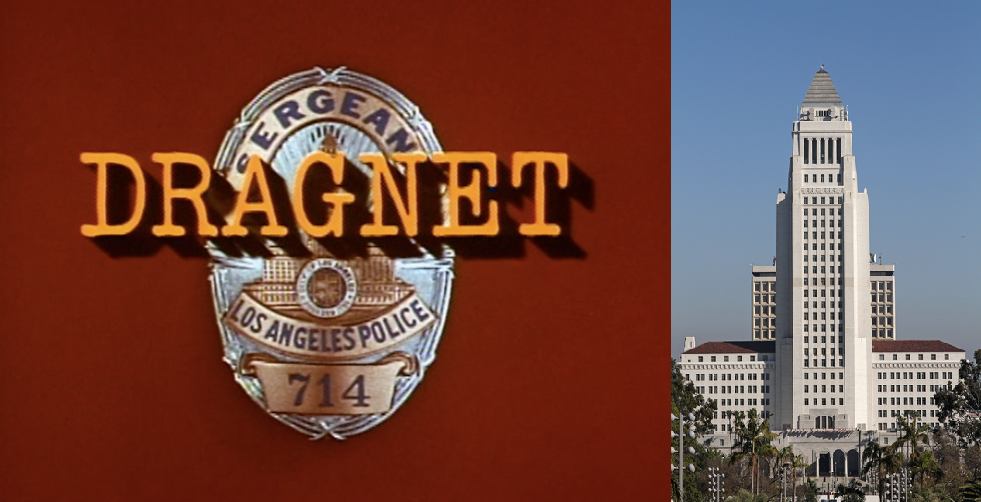 TV Shows Set in LA and NY by Decade

I recently moved to Burbank, California.  I like Burbank – it’s got a great history of television production, it’s relatively clean, and it’s in The Valley (As in The All Valley Karate Championship). 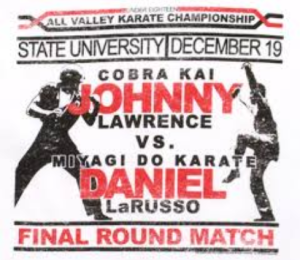 While I moved the 40 or so miles to Burbank, my job did not move with me, and I’m now driving a lengthy commute to and from my office.  My new commute takes me by downtown Los Angeles, and I pass by the LAPD headquarters, daily.  It’s the classic building that is on LAPD officer’s badges, and it was made iconic by the show Dragnet.  You know the one-

Figure 2 – The badge and the building.

All this exposure to TV history and Dragnet buildings got me thinking about television shows set in LA, and if there were more shows set in New York today than there are in LA.  Does our culture favor shows in one city over the other?  Has this bias change over time?  I dove into the data, did a little analysis, and the results are quite interesting.

So what I did was look at these two wikipedia pages, and made a table of television shows set in LA and NY that debuted by decade (Table 1).  I omitted game shows, news shows, late night comedy shows, and reality-style game shows that have a “winner” (e.g. The Apprentice) , but left in true reality shows that simply follow peoples’ lives (e.g. The Real World).  Then I graphed the results (Figure 3). 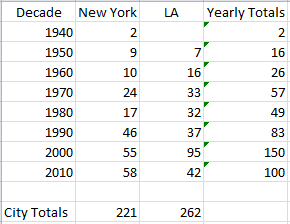 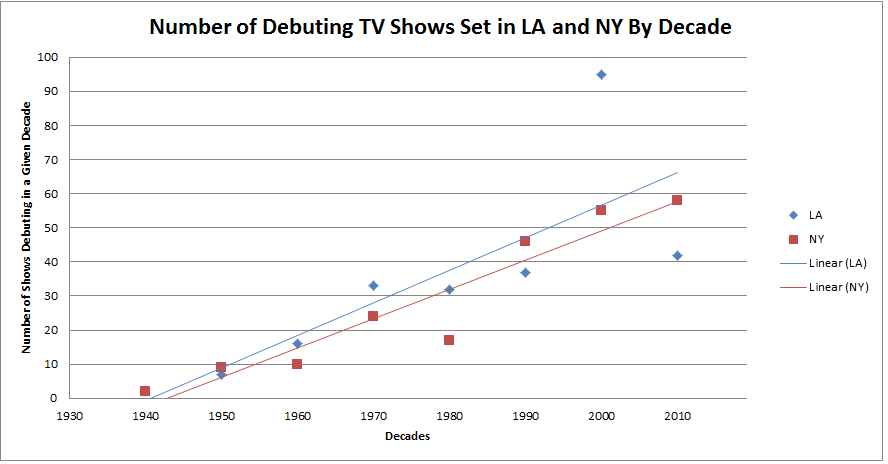 So, there are five things to take note of here.  1), there are more shows set in LA than there are in NY.  This isn’t surprising, as a huge film and TV infrastructure exists in LA, and has for decades.  2), we see that each decade has debuted more shows than the preceding decade (except the 1980s).  We would expect more shows to debut each decade, as new channels and networks are introduced, and new formats emerge (cable in the 80s and 90s, internet in the 00s).  Why we see a decrease in the 80s in total shows debuted is a little puzzling, but it may have to do with the success of shows debuting in the late 70s, which decreased the need for new shows in the 80s (more analysis is required on this, though).

The last three points beg the most interesting questions – why did the ’80s and the ’00s favor LA, while the ’10s (thus far) favor NY?  I would like to really dive into these questions, but I’m at work right now, and I’ve done all this research and written this entire article while on the clock…so I’m going to put off further discussion about this until later.  But please feel free to comment below!

There are, admittedly some shortcomings to this data and subsequent analysis.  First, this data comes from wikipedia entries that I have not personally verified.  More thorough research could be done, and the list may get more refined.  Second, this analysis uses the decades that shows debuted, which may not be reflective of when the shows were at peak popularity, or even in which decade they predominantly aired.  A great example is Knott’s Landing, which debuted on December 27th, 1979.  So while Knott’s landing debuted in the ’70s, it is certainly an 80s show by all reasonable accounts.  Third, several shows are cancelled, or go on hiatus, only to return in a later decade under the same name.  I treated these shows debuting multiple times, and assigned data points to multiple decades.  Fourth, many of the shows that take place in Los Angeles do not take place in LA proper, but rather in the surrounding area.  These were relatively straightforward, and I included any show set in LA, Orange County, Malibu, Inland Empire, etc., as an LA show.  More problematic, however, are shows that are clearly set in Southern California, but take place in fictional cities (e.g. Buffy’s fictional Sunnydale).  Ultimately, I treated these as being set in LA, as they mostly capture the feel of life in SoCal.

Further analysis is to come, but right now I need to go make money for a bunch of asshole oil executives.

← Democratic Convention Day 1: In which we mostly talk about politics with this on in the background
Occidentalism: Rock Bottom →