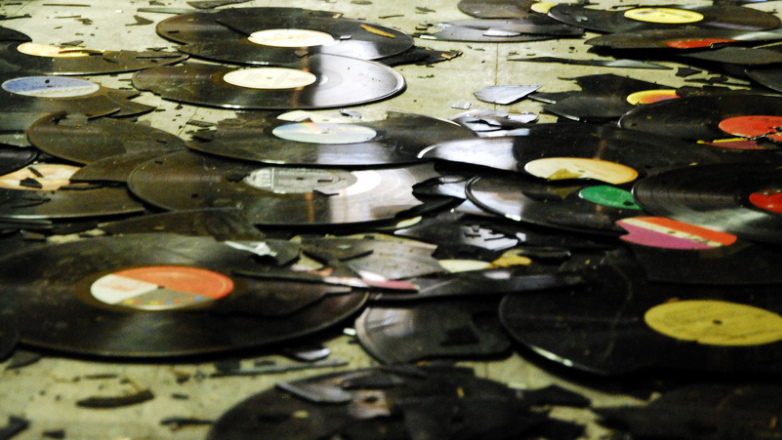 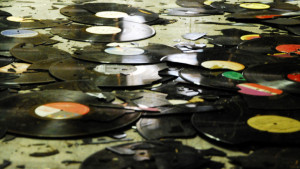 Any list about an art form is subjective. The list below may not make your ears bleed as bad as mine but I think we’re all in agreement that some of these choice cuts are something you could play at Guantanamo to get a confession.

There are classic horrible songs like; We Built This City by Starship or Friday by Rebecca Black. Rebecca Black is just a kid so she gets a tad bit of a pass. It’s like Hanson’s Mmm Bop or anything by Aaron Carter, these are minors and can’t be held to the same let’s burn-them-at-the-stake ideal as adults. Barbie Girl by Aqua (and other foreign acts) get a pass because of them being foreign. If a song sucks, and Barbie Girl does suck, I can usually be less pissed by them being foreign. Canada is too close for that rule. Being Canadian just hurts your cred a tad right out of the gate.

The below list are by artists who should know better. Sure, there are joke songs like Who Let the Dogs Out by the Baha Men or Right Said Fred’s I’m Too Sexy, we all knew those were bad to begin with. The list below are songs people at one time (and still do) thought were good

A lot of these songs came out at a very impressionable time in my youth, 1998-2003 which I honestly feel this is the worst 5 years in music history. I’m a rocker at heart and that’s why Shania Twain or Big n’ Rich don’t make the list. That genre isn’t mine. Limp Bizkit and Creed I felt as an attack. They were getting too close to my wheelhouse.

Let’s get to the torture shall we?

There’s a thread about the songs I’ve chosen. A lot are covers. If a song sucks to begin with, why cover it!? There are solo artists in here that came from big acts that make me question anything from their prior bands. But the main visual and audible flaws in these videos are; Doughy white guys with bad facial hair trying to rap. Videos filled with dumb skits with a “we’re so funny” wink to the camera. People cruising around on small vehicles in suburbia having way too much fun. Some videos are taking themselves way too seriously. There’s also the drama student motif with way too much shit going on, too many props, or other actors milling around.

No. 9 – Crazy Town: Butterfly
Douches with a touch of douche.

No. 8 – Barenaked Ladies: One Week
So glad we got outta there before they played this atrocity.

No. 7 – Uncle Kracker: Follow Me
You know what would make this video good? Sugar Ray…oh wait.
Sugar Ray, I knew that idiot would be a part of this list in some way.

No. 5 – Limp Bizkit: Faith
This band could’ve easily had other songs in here. Nookie, Rollin’, Break Stuff, etc.
But their crappy cover of a crappy song launching a crappy music style known as Nu Metal lands them at No. 5.

No. 4 – David Lee Roth: California Girls
David Lee Roth is easily the better singer for Van Halen. But when he went solo we got to see his drama student flag fully fly with this turd.
Not to mention the song sucks and it’s a cover. After seeing and hearing this, I now have to question his Van Halen career.

No. 3 – Nickelback: Rockstar
If you’re gonna do a song about being a Rockstar, at least try to make it rock.

No. 2 – Smash Mouth: I’m A Believer
Another band that could’ve had multiple songs in this list. You covered The Monkees? Why?
Oh, for a crappy Disney movie? Well then, I was mistaken, you had it all figured out.

No. 1 – Joe Walsh: Ordinary Average Guy
This moron was in the Eagles. Thank god he went solo to give us this dud.
With great lyrics like: “Pick up the dog doo, hope that it’s hard…” This is considered a hit of classic rock. This ditty has a droning tempo that is just awful. It makes me physically ill. It clocks in at 4 minutes but I swear it’s 40 minutes.

Radio programmers are dumb. They probably go: “Oh, we need some Joe Walsh for our ‘Two for Tuesday’. Let’s have Ordinary Average Guy be one of them! That’s a funny song!” For every person in a waiting room, this song cocks the hammer and delivers a Joe Walsh bullet to the brain. By the song’s end, you wish it was a real bullet.

The fact I will be in a waiting room again in my life and will probably hear this song is why it’s my number one. People by the droves still think this is a good tune.

The other songs on this list have washed away in the annals of time. But Ordinary Average Guy refuses to disappear. I am not helping by making this list but if I’m going down, I’m taking some of you with me.

If you watched any of these videos from front to end you are very brave. I couldn’t do it.
Honorable mentions: Kid Rock: All Summer Long, Cowboy, LFO: Summer Girl, 311: Down, Gorillaz: Sunshine in a Bag

← Mixtape: Substance Abuse
Let’s Listen to Some Music, Shall We? →