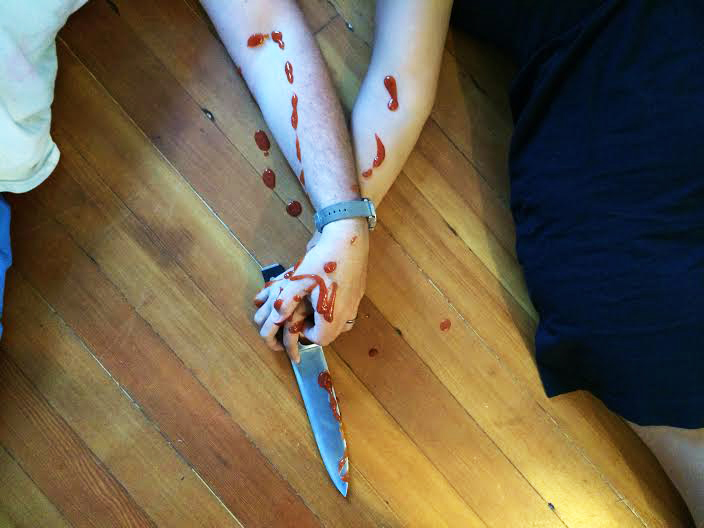 “It’s sad, when a mother has to speak the words that condemn her own son. But I couldn’t allow them to believe that I would commit murder. They’ll put him away now, as I should have years ago. He was always bad, and in the end he intended to tell them I killed those girls and that man… as if I could do anything but just sit and stare, like one of his stuffed birds. They know I can’t move a finger, and I won’t. I’ll just sit here and be quiet, just in case they do… suspect me. They’re probably watching me. Well, let them. Let them see what kind of a person I am. I’m not even going to swat that fly. I hope they are watching… they’ll see. They’ll see and they’ll know, and they’ll say, “Why, she wouldn’t even harm a fly…”

-Norman Bates, as his Mother in Psycho

Post Mortem is a game for at least two players, ideally played around a campfire. Players take turns imagining a scene of death while the other players guess the Who, What, and Where with yes and no questions.

Rules:
The first player concocts an imagined death scene. They should be completely clear on the details including who died, where the scene takes place, and how the death occurred.

Next, the rest of the players take turns asking  yes or no questions until the three aspects come into focus (much like 20 questions). The questions don’t need to be asked in a specific order. For example, one can ask a question about the scene, and then ask about the victim.

Use your friends, actors, notorious figures from history, generic people (like a librarian or pilot) or even yourself. Helpful questions to ask include:

“It the victim a male or female?”

“Do we know this person?”

“Were they born in the 20th century?”

Cause of Death (What)

This is where it can get gruesome. Players try to guess the details of the death. Illuminating questions include:

“Was the death caused by a disease?”

“Were the injuries caused by a blunt object?”

“Was there a lot of blood involved?”

Where was the body discovered?

Chris: “Okay I have a death in mind.”

Jack: “Did it happen outside?”

Verity: “Is this someone we know?”

Eventually the team discovered that the death was Wyatt Earp, sitting on a carousel with a chihuahua stuffed down his throat. It’s then time for the next player to imagine a scene.

Photo from The Falls Society Archive.

← Expedition: Camp Oopy Doopy Redux
The Willing Destruction of Self Belief in Neo-Conservatism →