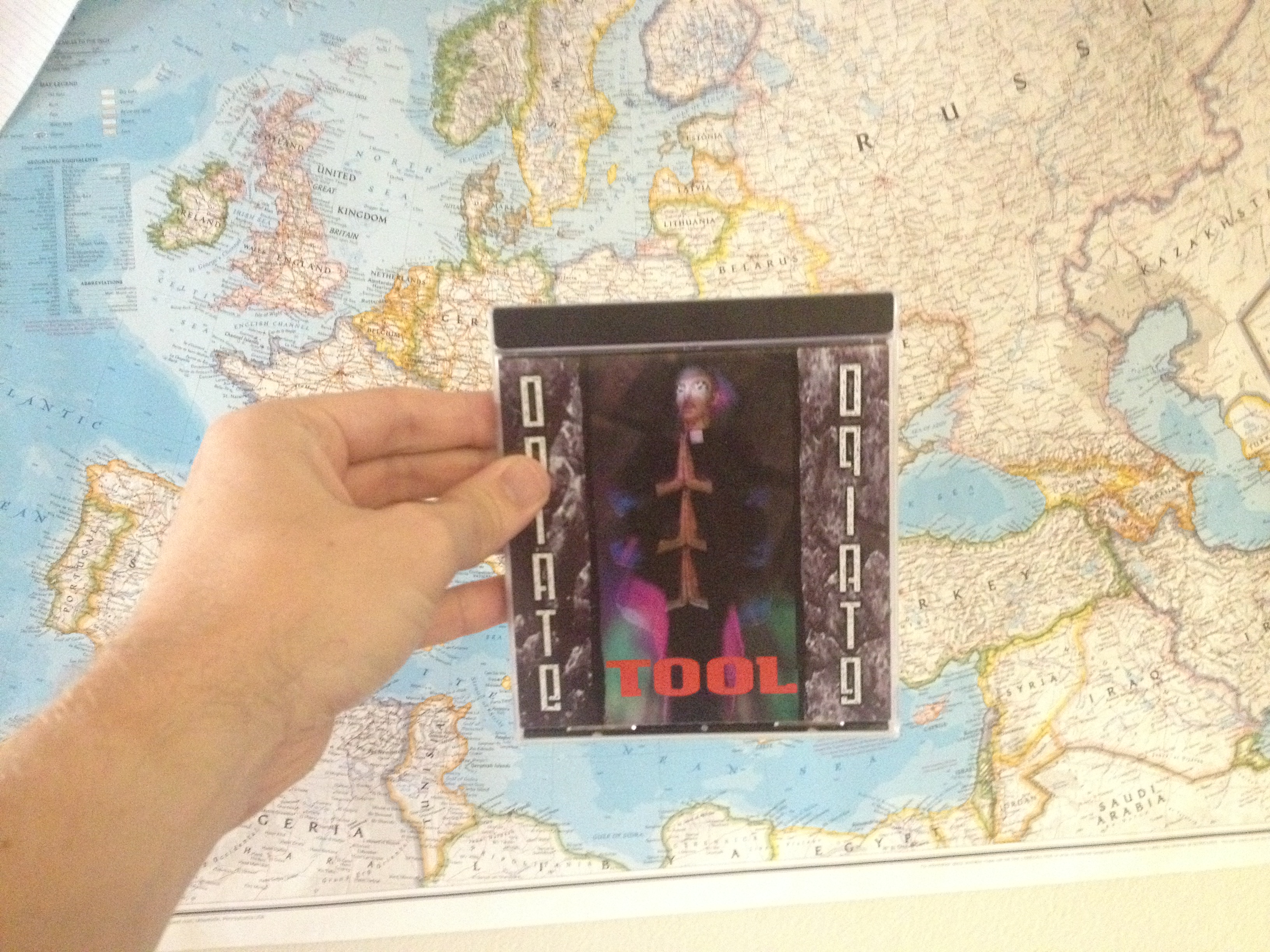 Opiate is a badass album, and it was my first real introduction to Tool.  I distinctly remember purchasing Opiate in the electronics section at our local FRED MEYER when I was 16 years old.  It was only $10, while most CDs at the time (including the other Tool albums on the shelf) were $15.  The reason it was cheaper is that the CD only has 6 tracks, giving it the feel of an EP, rather than a full album.  Interestingly, when I re-bought this album last weekend at the great Uptown Whittier record shop, Lovell’s Records & Tapes, I paid $13.  Granted, the CD was new, but it was really difficult to get myself to purchase something for $3 MORE than I had originally paid for it.  Really, though, this album would be worth it at twice the price – because it’s fucking great.

This album is mostly highs, honestly.  I feel like some of the later Tool albums blend together.  When I think about Aenima and Lateralus, I often can’t remember which songs are on which albums.  Opiate, on the other hand, is short, sweet, and the songs are all fairly unique.  The whole album is quite distinct.

The second track on the album is Hush.  The song starts out with the lead singer, Maynard James Keenan, screaming, “FUCK YOU!”  Classic.  Some of the other great lyrics, “You piece of shit, why don’t you just go kill yourself!”  So I can really see why this appealed to me in high school.  It’s got a great anti-censorship message, and while I wouldn’t play it for my grandma, it’s a pretty rockin’ song.  To say nothing of the mega-sweet bass-line the song opens with…

The fifth track on the CD is Jerk-off.  It’s one of two live tracks on the album.  Often I think it comes across as lazy when bands stick in live tracks on otherwise studio-recorded albums, but I give Tool a pass here because this was 1992 and they were probably poor as shit.  I also give this a pass because the live tracks, in this case, are great.  The recording quality is decent, and on Jerk-Off you actually get a sense of how great it must have been to see this show live.  I only saw Tool once, at a huge auditorium.  And while it was AWESOME to see Maynard silhouetted against giant screens, with a shaved head and a rad flying-V headless guitar – overall the show was too long and a little low on energy.  And the crowd fucking sucked.  So hearing this early live recording makes me think that Tool could be awesome live, and when I saw them I just caught them on an off night.

The last song on the CD is Opiate.  This is probably the song that really made me a Tool fan.  For an adolescent, militant atheist, these lyrics just fucking delighted me, ” [GOD] has needs, like I do/We both want to rape you.”  I mean – that’s pretty amazingly sacrilegious.  This song is probably the most musically simplistic of all the tracks on this CD, but it more than makes up for it in its outrageous lyrics.  There’s also a fun bonus track after this song where Maynard talks about his friends doing drugs and he shouts “SATAN!” over and over again.  It’s great.

The album is fantastic, and it’s hard for me to critique it.  I will say this- Tool definitely hit its demographic with this album.  Young rock fans are often anti-establishment, and these songs send-up religion, censorship, and the like, with fairly heavy-handed lyrics.  So, yeah, on occasion this album lacks subtlety.

← Occidentalism: When a Rogue goes Rogue
The Willing Destruction of Self Belief in Bonapartism →